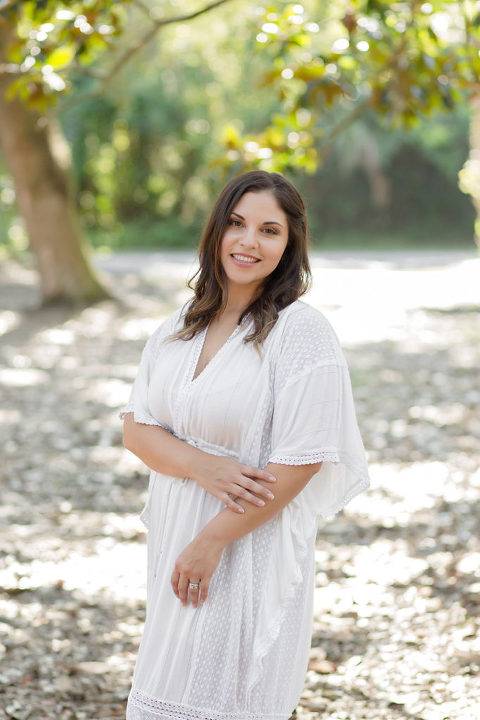 When I was little, my dream was to be a business woman and work for a major corporation. I was lucky enough to be able to fulfill that dream at one point in my life. But that dream came from an ambitious little girl who was raised by a single mother who worked hard every single day for her two daughters. I knew that being an independent woman would be a goal for me. What I didn’t realize was what would happen when I had children. I started my career when my oldest daughter Halle was only three months old as a single Momma myself. I was twenty-two and fresh out of college with a degree in Finance. My mother helped raise her as I worked, just as my grandmother had done for her.

Fast forward four years, marrying the love of my life Trey and then two more children, Chloe and Tyler. My career was still at the center of my life alongside a second job of being a Houston photographer. I worked hard every day and every night, until one day I realized my life was only spinning. I wasn’t happy anymore and I felt like my oldest resented me for working so much. I did long for the days that I’d be able pick up the kids from school and take them to the park before it was dark, but ultimately what I really longed for was those moments I missed when they were babies.

This realization suddenly brought into perspective the fact that NOTHING is more important than making and capturing memories with your children even when you have a job outside the home or when you get to stay home with them.

Motherhood has taught me to be patient, and to love. Love when I’m angry and love when I’m happy. I missed my kids’ milestones but I don’t want to miss any more of them, and I don’t want you to miss them either. I’m sure you’ve heard a million times that babies grow up fast. Let me tell you, they really do. Not only will they like to see their own photos when they are all grown up, but even more so, they will LOVE to see the photos of YOU with them. I want to help you get in front of that camera without feeling insecure because I’ve got you. Let’s capture precious moments and make some memories together, for them.

Your love and their photographs are the only things your children will remember and have once we are gone, because really, only love remains…

Isabel of Only Love Remains Photography is a Houston Maternity & Newborn Photographer also specializing boudoir, baby, family and child photography in Houston, Texas and surrounding areas including but not limited to Pearland, Friendswood, League City, Sugarland, and other Houston surrounding areas.